Located in the Saint-Sever district (Rouen), and due to the competition of an ephemeral installation during La Forêt Monumentale. The project is based in the main idea of  the artificiality of the forest. Its looks for a return to the primitive: stepping on the ground, smelling the plants, listening the sounds of the city, stopping. To Stop in an immediate urban environment where everyone rush. Feeling the forest, but being in the city. We search for living the urban flower garden as giving it a new dimension: to release the contained nature. And play with her. 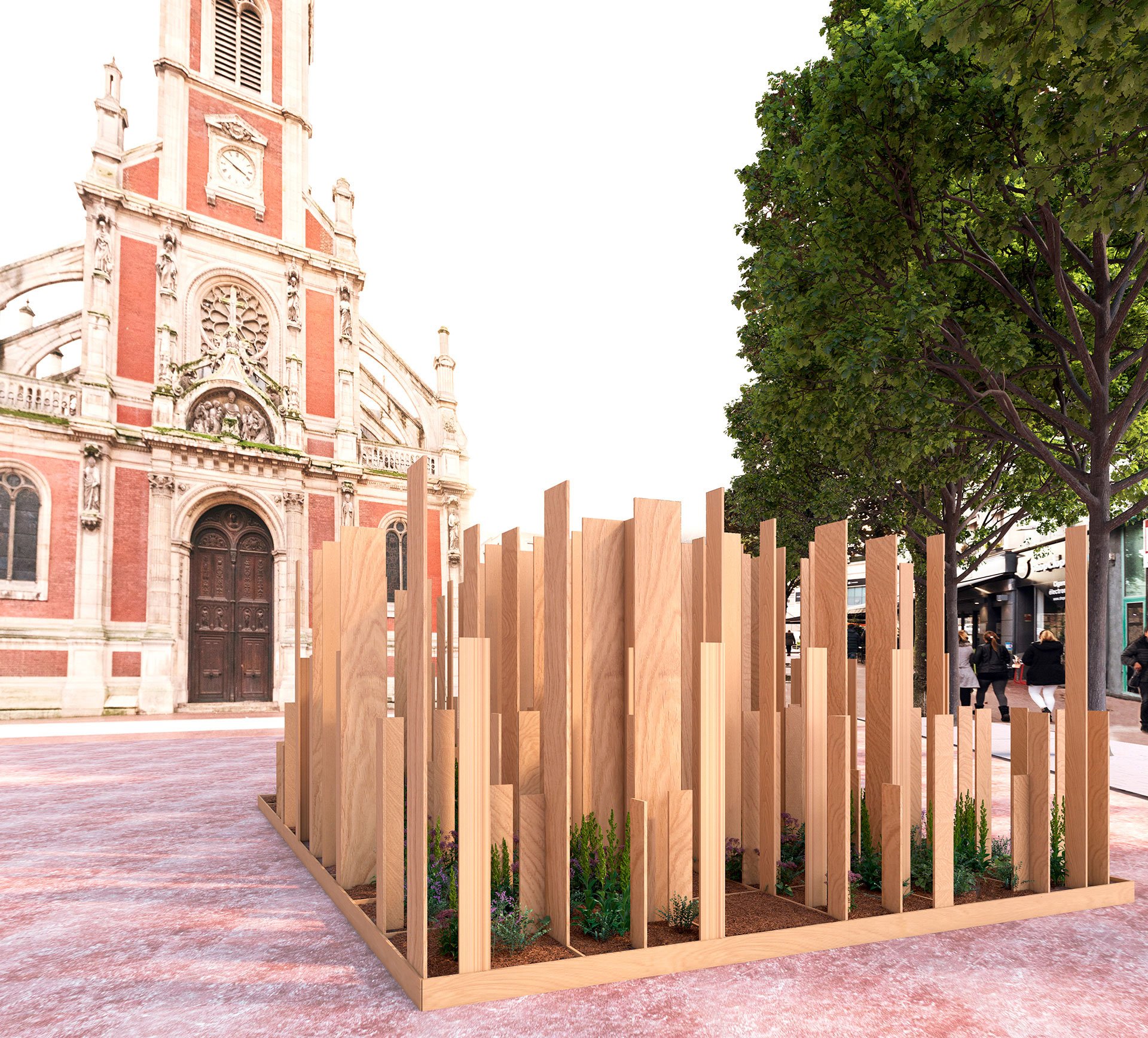 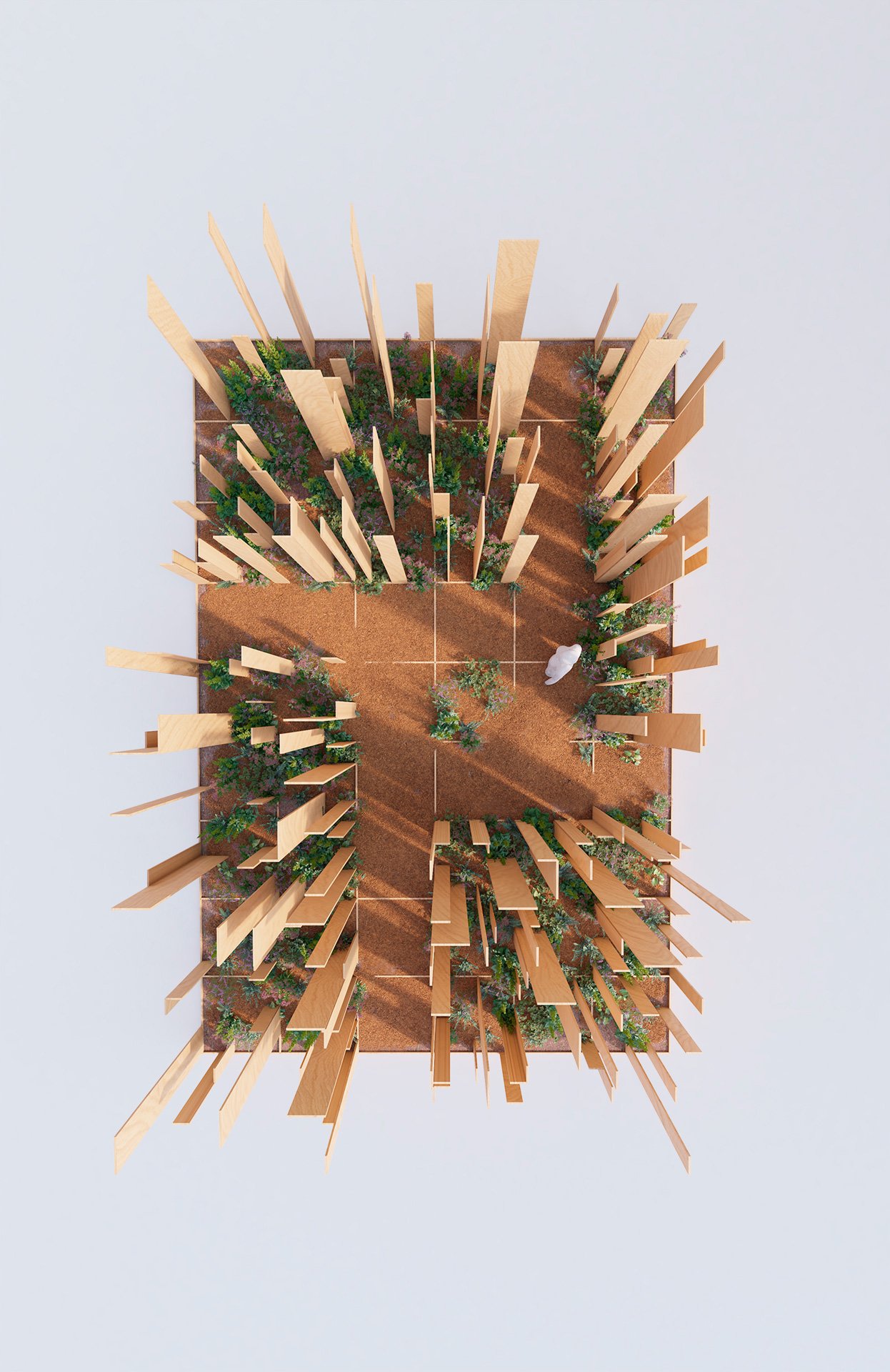